The parent company selling Hydralyte rehydration tablets and powders in North America made a strong debut on the Australian share market on Tuesday, as it prepares to step up its presence in the United States and Canada by targeting the health and wellness boom.

The parent company selling Hydralyte rehydration tablets and powders in North America made a strong debut on the Australian share market on Tuesday, as it prepares to step up its presence in the United States and Canada by targeting the health and wellness boom.

The company, officially named the Hydration Pharmaceuticals Company, raised $17 million in an initial public offering with an issue price of 29¢. 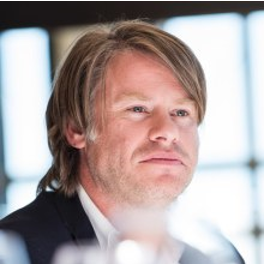 Former Swisse boss Radek Sali is the second largest shareholder in Hydralyte’s North American operations, which listed on the ASX on December 14.

The Hydralyte North America business has a large Australian contingent of former executives from the Swisse vitamins business at management level, on the board or as large shareholders.

They include former Swisse chief executive Radek Sali, who is the second largest shareholder with a 7.15 per cent stake after the Hydralyte listing.

It aims to shift further towards a health and wellness lifestyle product while maintaining its roots as a dehydration supplement used by the medical profession when someone suffer from a gastro illness.

Hydration Pharmaceuticals is unique in that it is a North American business with a listing on the ASX. The Australasian operations of Hydralyte are owned by Prestige Brands, which acquired the rights in 2014. Prestige Brands is listed on the New York Stock Exchange.

The company’s chairman is George Livery, a former Swisse director of strategy. Mr Livery said the aim was to become a brand that households automatically think of in a segment that crosses over different uses.

“The healthy hydration solutions market sits in the overlap between over-the-counter medicines, functional beverages and vitamin and mineral supplements,” he said.

The sector is achieving strong growth as households become increasingly conscious of health and wellness.

“We intend to capitalise on these industry trends,” Mr Livery said.

Other big shareholders in Hydralyte include founder Dan O’Brien, who has 9.3 per cent, and the Regal Emerging Companies Opportunities Fund, which owns 5.8 per cent. A large chunk of the company’s sales are through Amazon’s e-commerce channel, and it will devote about half of the IPO proceeds to bolster advertising and marketing, and to increase the use of celebrity influencers on social media.

Hydralyte North America also has the exclusive rights to the Hydralyte brand in South America, China and all of Europe, except Turkey.

The group’s headquarters is in San Diego, California.

The Swisse business was sold to Hong Kong-listed Health & Happiness for $1.67 billion in 2015 in a two-step process when the demand for “clean and green” Australian vitamins brands was at its peak.

The Swisse brand uses film stars Nicole Kidman and Chris Hemsworth as “ambassadors” for the brand, which has the ASX-listed Blackmores as its main rival.